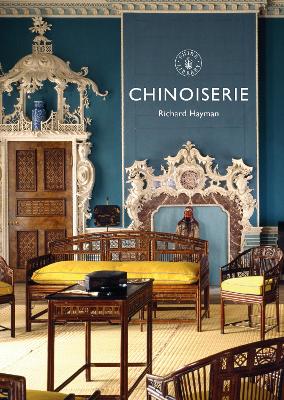 Chinoiserie, a decorative style inspired by the art of the Far East, gripped Britain from the late seventeenth to the early nineteenth century. Despite taking its name from the French word for 'Chinese', the style also incorporated influences from other Asian countries, helping to shape the period's popular fantasy of the 'exotic Orient'. Wealthy consumers jostled to obtain imported wallpaper, lacquered cabinets and hand-painted porcelain, while domestic manufacturers such as Royal Worcester and Chippendale met demand with mass-produced items of their own. Though interest in the style waned as the Gothic Revival took hold, many examples of Chinoiserie have been preserved.

In this beautifully illustrated book, Richard Hayman tells the story of this fascinating phenomenon, and explores the profound impact of Chinoiserie on the material culture of the West.

A Preview for this title is currently not available.
More Books By Richard Hayman
View All