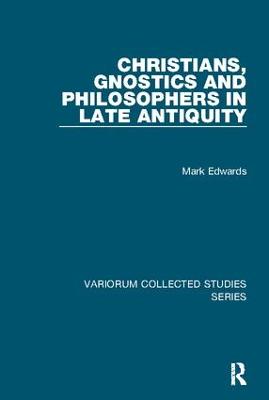 Gnosticism, Christianity and late antique philosophy are often studied separately; when studied together they are too often conflated. These articles set out to show that we misunderstand all three phenomena if we take either approach. We cannot interpret, or even identify, Christian Gnosticism without Platonic evidence; we may even discover that Gnosticism throws unexpected light on the Platonic imagination. At the same time, if we read writers like Origen simply as Christian Platonists, or bring Christians and philosophers together under the porous umbrella of "monotheism", we ignore fundamental features of both traditions. To grasp what made Christianity distinctive, we must look at the questions asked in the studies here, not merely what Christians appropriated but how it was appropriated. What did the pagan gods mean to a Christian poet of the fifth century? What did Paul quote when he thought he was quoting Greek poetry? What did Socrates mean to the Christians, and can we trust their memories when they appeal to lost fragments of the Presocratics? When pagans accuse the Christians of moral turpitude, do they know more or less about them than we do? What divides Augustine, the disenchanted Platonist, from his Neoplatonic contemporaries? And what God or gods await the Neoplatonist when he dies?

Other Editions - Christians, Gnostics and Philosophers in Late Antiquity by Mark Edwards 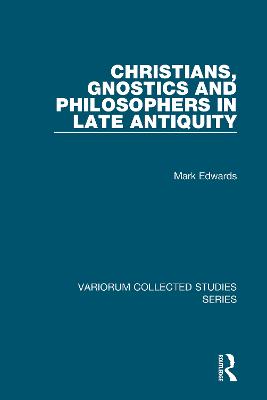 A Preview for this title is currently not available.
More Books By Mark Edwards
View All