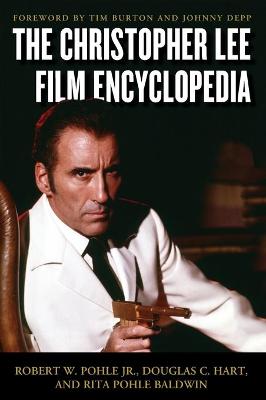 In a career that spanned eight decades, Christopher Lee (1922-2015) appeared in more than 200 roles for film and television. Though he is best known for his portrayal of Dracula in films of the 1950s, '60s, and '70s-as well as his appearances in the Lord of the Rings trilogy-Lee also appeared in many other films, including The Three Musketeers, The Man with the Golden Gun, and Star Wars.

The Christopher Lee Film Encyclopedia encompasses all of the films in the distinguished actor's prolific career, from his early roles in the 1940s to his work in some of the most successful film franchises of all time. This reference highlights Lee's iconic roles in horror cinema as well as his non-horror films over the years, including The Lord of the Rings and The Hobbit trilogies. The entries in this book feature:

Many of the entries also feature Sir Christopher's recollections about the production, as well as the actor's insights about his directors and fellow costars.

Appendices in this volume include discussions of Lee's significant work on radio and television, as well as film shorts, screen tests, films in which he is mentioned, films from which he was cut, and unrealized projects. A film-by-film review of the actor's cinematic output. The Christopher Lee Film Encyclopedia will appeal to this legend's many devoted fans.