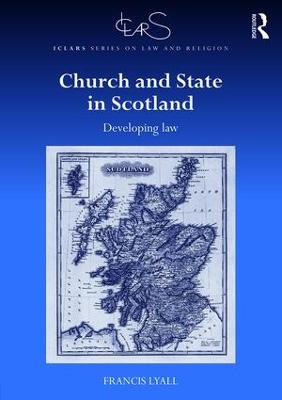 Church and State in Scotland

Description - Church and State in Scotland by Francis Lyall

The interaction of faith and the community is a fundamental of modern society. The first country to adopt Presbyterianism in its national church, Scotland adopted a system of church government, which is now in world-wide use. This book examines the development and current state of Scots law. Drawing on previous material as well as discussing current topical issues, this book makes some comparisons between Scotland and other legal and religious jurisdictions. The study first considers the Church of Scotland, its 'Disruption' and statutorily recognised reconstitution and then the position of other denominations before assessing the interaction of religion and law and the impact of Human Rights and various discrimination laws within this distinctive Presbyterian country. This unique book will be of interest to both students and lecturers in constitutional and civil law, as well as historians and ecclesiastics.

A Preview for this title is currently not available.
More Books By Francis Lyall
View All