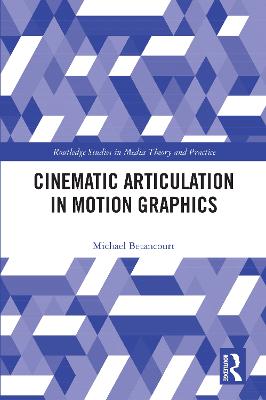 This book develops a critical and theoretical approach to the semiotics of motion pictures as they are applied to a broader range of constructions than traditional commercial narrative productions.

This interdisciplinary approach begins with the problems posed by motion perception to develop a model of cinematic interpretation that includes both narrative and non-narrative types of productions. Contrasting traditional theatrical projection and varieties of new media, this book integrates analyses of title sequences, music videos, and visual effects with discussions on classic and avant-garde films. It further explores the intersection between formative audio-visual cues identified by viewers and how viewers' desires direct engagement with the motion picture to present a framework for understanding cinematic articulation. This new theoretical model incorporates much of what was neglected and gives greater prominence to formerly critical marginal productions by showing the fundamental connections that link all moving imagery and animated text, whether it tells a story or not.

This insightful work will appeal to students and academics in film and media studies.

A Preview for this title is currently not available.
More Books By Michael Betancourt
View All