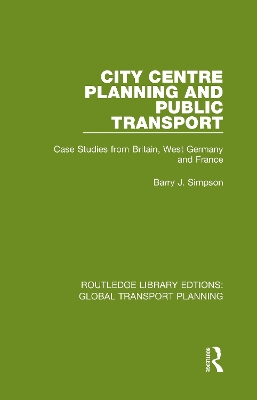 Originally published in 1988 the central issue of this book is city centre decline and the potential of adequate planning and transport for halting and reversing this decline. A highly topical international study, it examines the effects of public transport policies on the central areas of several British cities and those in the former West Germany and France. A series on in-depth case studies deals with the structure of central and local government and the operation of town and transport planning in each country. The book discusses the principles, legislation and practice of physical planning in city centres. It will be of interest to those concerned with urban and transport planning.