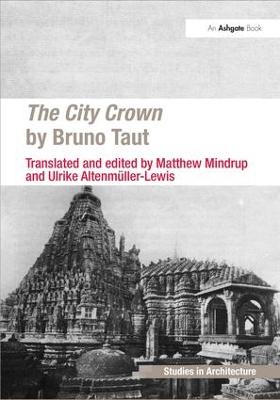 This book is the first English translation of the German architect Bruno Taut's early twentieth-century anthology Die Stadtkrone (The City Crown). Written under the influence of World War I, Taut developed The City Crown to promote a utopian urban concept where people would live in a garden city of 'apolitical socialism' and peaceful collaboration around a single purpose-free crystalline structure. Taut's proposal sought to advance the garden city idea of Ebenezer Howard and rural aesthetic of Camillo Sitte's urban planning schemes by merging them with his own 'city crown' concept. The book also contains contributions by the Expressionist poet Paul Scheerbart, the writer and politician Erich Baron and the architectural critic Adolf Behne. Although the original German text was republished in 2002, only the title essay of The City Crown has previously been translated into English. This English translation of Taut's full anthology, complete with all illustrations and supplementary texts, fills a significant gap in the literature on early modern architecture in Germany and the history of urban design. It includes a translators' preface, introduction and afterword to accompany the original composition of essays, poems, designs and images. These original texts are accompanied by illustrations of Taut's own designs for a utopian garden city of 300,000 inhabitants and over 40 additional historic and contemporary examples. The new preface to The City Crown explains the premise for the English translation of Taut's anthology, its organization and the approaches taken by the translators to maintain the four different voices included in the original work. Matthew Mindrup's introduction critically examines the professional and intellectual developments leading up to and supporting Bruno Taut's proposal to advance the English garden city concept with a centralized communal structure of glass, the city crown. Through the careful examination of original

Other Editions - The City Crown by Matthew Mindrup 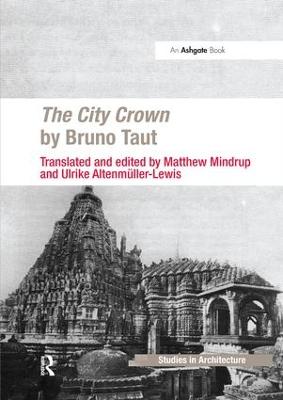 A Preview for this title is currently not available.
More Books By Matthew Mindrup
View All

The Architectural Model: Histories of the Miniature and the Prototype, the Exemplar and the Muse
Matthew Mindrup
Hardback , Oct '19
RRP: $100.03 $90.03