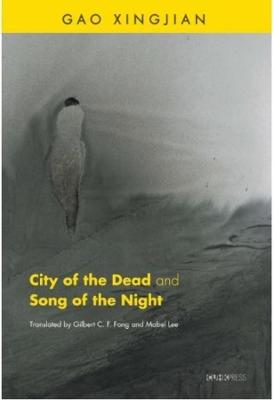 City of the Dead and Ballade Nocturne

Description - City of the Dead and Ballade Nocturne by Xingjian Gao

Presented in English for the first time in this book are two plays by Gao Xingjian originally written in Chinese: City of the Dead and Song of the Night. City of the Dead is the first of Gao Xingjian's plays to focus fully on the male-female relationship. In this work, he transforms a wellknown ancient morality tale, "Zhuangzi Tests His Wife", which had been used to caution women against being unfaithful to their husbands, into a modern play that is in keeping with his own sympathetic stance towards women in male-female relationships. In a certain sense, City of the Dead may be regarded as defining Gao's fundamental view that men possess a flippant and cavalier attitude to their female sexual partner or partners, and that women who become involved in sexual relationships with men are therefore doomed to suffer.

Among Gao Xingjian's theatrical portrayals of the female psyche, Song of the Night is his most ambitious and most detailed one. Gao's articulation of the female psyche is embedded in a solid substratum bedrock of his autobiographical impulses. It is through female actors, and his range of ingenious theatrical innovations that Gao succeeds in convincingly portraying his personal view of the power dynamics generated in male-female sexual relationships, and how these are played out.

Together, these two plays advance Gao Xingjian's innovative theatrical experiments in dramatic prose across linguistic and cultural boundaries. The English translations of City of the Dead and Song of the Night in the present volume will lead to significant English-language productions of these plays, and concomitantly a greater understanding of Gao's plays.

A Preview for this title is currently not available.
More Books By Xingjian Gao
View All