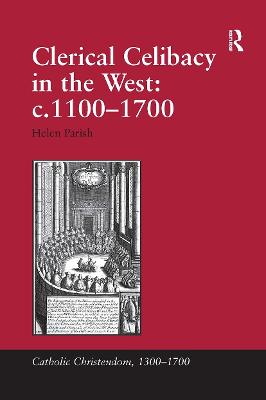 The debate over clerical celibacy and marriage had its origins in the early Christian centuries, and is still very much alive in the modern church. The content and form of controversy have remained remarkably consistent, but each era has selected and shaped the sources that underpin its narrative, and imbued an ancient issue with an immediacy and relevance. The basic question of whether, and why, continence should be demanded of those who serve at the altar has never gone away, but the implications of that question, and of the answers given, have changed with each generation. In this reassessment of the history of sacerdotal celibacy, Helen Parish examines the emergence and evolution of the celibate priesthood in the Latin church, and the challenges posed to this model of the ministry in the era of the Protestant Reformation. Celibacy was, and is, intensely personal, but also polemical, institutional, and historical. Clerical celibacy acquired theological, moral, and confessional meanings in the writings of its critics and defenders, and its place in the life of the church continues to be defined in relation to broader debates over Scripture, apostolic tradition, ecclesiastical history, and papal authority. Highlighting continuity and change in attitudes to priestly celibacy, Helen Parish reveals that the implications of celibacy and marriage for the priesthood reach deep into the history, traditions, and understanding of the church.

A Preview for this title is currently not available.
More Books By Dr. Helen Parish
View All