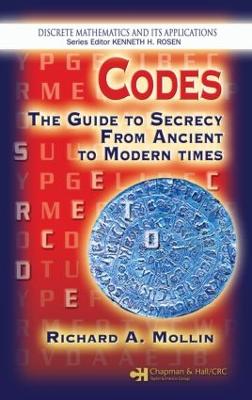 The Guide to Secrecy From Ancient to Modern Times

Description - Codes by Richard A. Mollin

From the Rosetta Stone to public-key cryptography, the art and science of cryptology has been used to unlock the vivid history of ancient cultures, to turn the tide of warfare, and to thwart potential hackers from attacking computer systems. Codes: The Guide to Secrecy from Ancient to Modern Times explores the depth and breadth of the field, remaining accessible to the uninitiated while retaining enough rigor for the seasoned cryptologist.

The book begins by tracing the development of cryptology from that of an arcane practice used, for example, to conceal alchemic recipes, to the modern scientific method that is studied and employed today. The remainder of the book explores the modern aspects and applications of cryptography, covering symmetric- and public-key cryptography, cryptographic protocols, key management, message authentication, e-mail and Internet security, and advanced applications such as wireless security, smart cards, biometrics, and quantum cryptography. The author also includes non-cryptographic security issues and a chapter devoted to information theory and coding. Nearly 200 diagrams, examples, figures, and tables along with abundant references and exercises complement the discussion.

Written by leading authority and best-selling author on the subject Richard A. Mollin, Codes: The Guide to Secrecy from Ancient to Modern Times is the essential reference for anyone interested in this exciting and fascinating field, from novice to veteran practitioner.

Other Editions - Codes by Richard A. Mollin 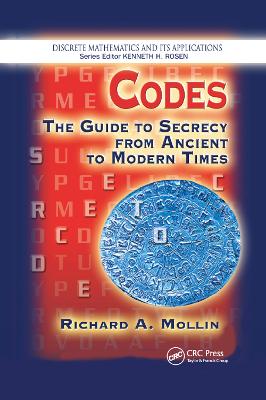 A Preview for this title is currently not available.
More Books By Richard A. Mollin
View All