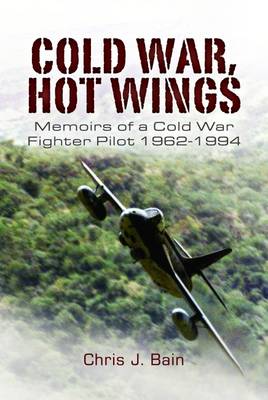 The semi-autobiographical account of a fighter pilot in the RAF from 1962 to 1994. He was both a Hunter and Harrier pilot, rose to Squadron Leader level, and commanded fighter and strategic recce units. He was CO of the Desert Rescue Team, flew Dakotas on desert supply running, and saw active fighter service, receiving bullet holes in his aircraft during the Aden Radfan campaign. He flew Cold War covert recce missions, commanded the Harrier unit in Belize, spent the Gulf War working with the US Defence Intelligence Agency, and became a nuclear weapons specialist. SELLING POINTS: This is the story of an ordinary cold war fighter pilot, with campaigns from an air viewpoint, showing detail of how we lost parts of our empire. Highly illustrated with many previously unpublished phtos, several of which are from high-powered airborne recce cameras. 32 pages of b/w photographs

A Preview for this title is currently not available.
More Books By Chris J. Bain
View All