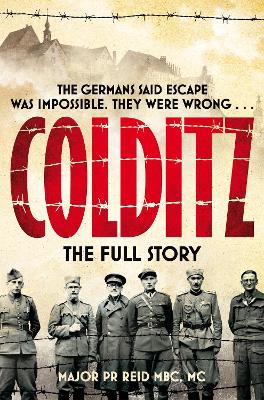 In Colditz: The Full Story, Major Pat Reid brings together his extensive research and many dramatic discoveries about the supposedly escape-proof prisoner of war camp.

From all walks of life, Belgian, Czech, Dutch, French, German and Polish prisoners - as well as those from the British Commonwealth and USA - were incarcerated in suffocating intimacy for five years in an alien and hostile land. Under these conditions, they proved that men could live together and that loyalty and generosity could thrive, transcending the natural prejudices of race, creed, language and intellectual diversity.

There were more than 300 escape attempts at Colditz and in this fascinating portrayal, Reid vividly describes this unique period in Second World War history. Furthermore, from his own experience as one of the first captives to be imprisoned at Colditz during World War Two, he reveals the code systems between the War Office and Colditz; shows how he obtained information on Germany's secret weapons; and investigates the existence of traitors and the situation of non-collaborators in the castle.

This is a true story, which nonetheless possesses the mythical qualities that cause a legend to live forever.

Other Editions - Colditz: The Full Story by P R Reid 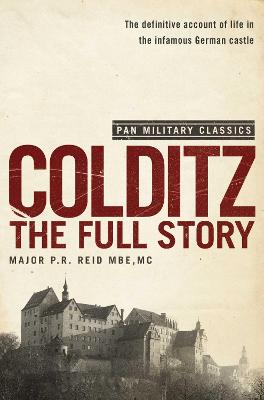 A Preview for this title is currently not available.
More Books By P R Reid
View All