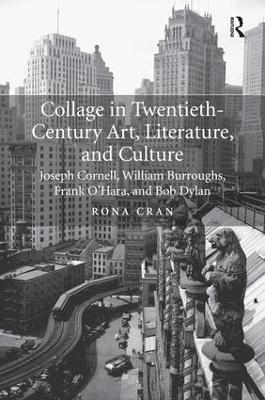 Emphasizing the diversity of twentieth-century collage practices, Rona Cran's book explores the role that it played in the work of Joseph Cornell, William Burroughs, Frank O'Hara, and Bob Dylan. For all four, collage was an important creative catalyst, employed cathartically, aggressively, and experimentally. Collage's catalytic effect, Cran argues, enabled each to overcome a potentially destabilizing crisis in representation. Cornell, convinced that he was an artist and yet hampered by his inability to draw or paint, used collage to gain access to the art world and to show what he was capable of given the right medium. Burroughs' formal problems with linear composition were turned to his advantage by collage, which enabled him to move beyond narrative and chronological requirement. O'Hara used collage to navigate an effective path between plastic art and literature, and to choose the facets of each which best suited his compositional style. Bob Dylan's self-conscious application of collage techniques elevated his brand of rock-and-roll to a level of heightened aestheticism. Throughout her book, Cran shows that to delineate collage stringently as one thing or another is to severely limit our understanding of the work of the artists and writers who came to use it in non-traditional ways.

Other Editions - Collage in Twentieth-Century Art, Literature, and Culture by Rona Cran 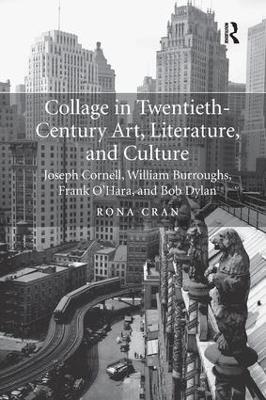 A Preview for this title is currently not available.
More Books By Rona Cran
View All