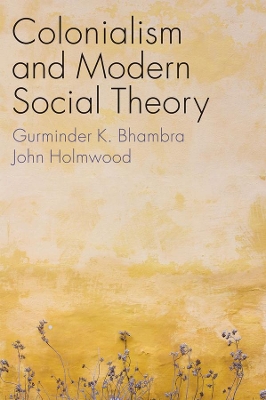 Gurminder K. Bhambra and John Holmwood address this absence by examining the role of colonialism in the development of modern society and the legacies it has bequeathed. Beginning with a consideration of the role of colonialism and empire in the formation of social theory from Hobbes to Hegel, the authors go on to focus on the work of Tocqueville, Marx, Weber, Durkheim and Du Bois. As well as unpicking critical omissions and misrepresentations, the chapters discuss the places where colonialism is acknowledged and discussed - albeit inadequately - by these founding figures; and we come to see what this fresh rereading has to offer and why it matters. This inspiring and insightful book argues for a reconstruction of social theory that should lead to a better understanding of contemporary social thought, its limitations, and its wider possibilities. A Preview for this title is currently not available.
More Books By Gurminder K. Bhambra
View All