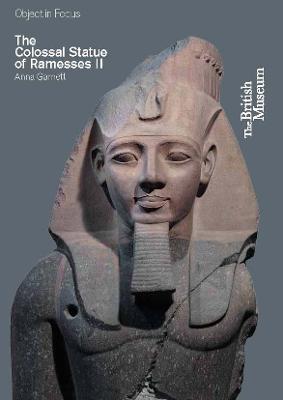 One of the largest pieces of Egyptian sculpture in the British Museum, the upper part of the colossal statue of Ramesses II, also known as the 'Younger Memnon', was perhaps the first piece of Egyptian sculpture to be recognized as a work of art by connoisseurs, who traditionally judged things by the standards of ancient Greek art. Weighing 7.25 tons, this fragment of his statue was cut from a single block of two - coloured granite , and shows Ramesses wearing the nemes head - dress surmounted by a cobra diadem. The statue was retrieved from the mortuary temple of Ramesses at Thebes (the 'Ramesseum') by Giovanni Belzoni in 1816. Belzoni wrote a fascinating account of his struggle to remove it, both literally, given its colossal size, and politically. After its arrival in England and its acquisition, the Colossal Statue of Ramesses was to become among the most famous objects in the British Museum's Egyptian collection and is of significant historical interest. Beautifully illustrated with photographs of the statue and contextual images, and including archival material relating to the British Museum's acquisition, this book tells the story of this magnificent artefact, discussing alongside the draw of colossal Egyptian sculpture, the history of the reign of Ramesses II and the nature of the statue's acquisition .