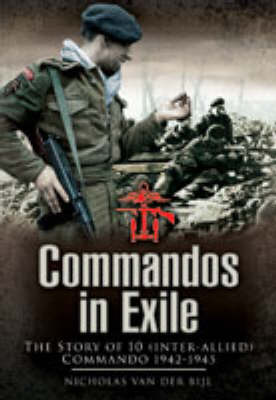 Formed from members of Free Forces who has escaped from German occupation, 10 (inter-Allied) Commando was one of the most unusual units in WW2. All members has to pass the Green Beret commando course at Achnacarry in Scotland and the book begins by describing this training. With no less than six national troops, plus X Troop drawn from exiled Jews, 10 Commando never fought as an entity but loaned troops for specific operations, such as One Troop (French) who took part in the4 Dieppe Raid, 2 Troop (Dutch) fighting at Arnhem, 5 Troop (Norwegian) who raided the Lofoten Islands etc. At other times groups palyed a key intelligence role questioning POWs, translating and captured documents, conducting reconnaissance patrols and intelligence gathering on the D-Day beaches. The history of X Commando, made up of escaped Jewish individuals, is especially interesting. 16 pages of b/w plates

A Preview for this title is currently not available.
More Books By Nicholas van der Bijl
View All