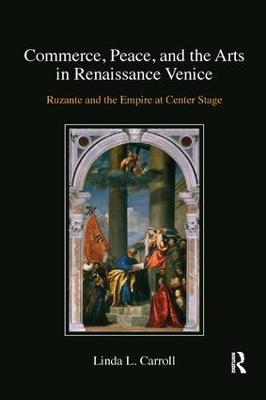 Commerce, Peace, and the Arts in Renaissance Venice: Ruzante and the Empire at Center Stage

Description - Commerce, Peace, and the Arts in Renaissance Venice: Ruzante and the Empire at Center Stage by Linda L. Carroll

With the Paduan playwright Angelo Beolco, aka Ruzante, as a focal point, this book sheds new light on his oeuvre and times - and on Venetian patrician interest in him - by embedding the Venetian aspects of his life within the monumental changes taking place in fifteenth- and sixteenth-century Venice, politically, economically, socially, and artistically. In a study of patronage in the broadest sense of the term, Linda Carroll draws on vast quantities of new archival information; and by reading the previously unpublished primary sources against each other, she uncovers remarkable and heretofore unsuspected coincidences and connections. She documents the well-known links between the increasingly fruitless trade to the north and the need for new investments in land (re)gained by Venice on the mainland, links between problems of governance and political networks. She unveils the significance and potential purposes of those who invited Ruzante to perform in what are interpreted as "rudely" metaphorical truth-telling plays for Venetians at the highest social and political levels. Focusing on a group of patrons of art works in S. Maria Gloriosa dei Frari, the first chapter establishes their numerous interrelated commercial and political interests and connects them to the content of the works and artists chosen to execute them. The second chapter demonstrates the economic interests and related political tensions that lay behind the presence of many high-ranking government officials at a scandalous 1525 Ruzante performance. It also draws on these and materials concerning previous generations of the Beolco family and Venetian patricians to provide an entirely new picture of Beolco's relationships with his Venetian supporters. The third chapter analyzes an important Venetian literary manuscript of the period in the Bodleian Library of Oxford University whose copyist had remained unknown and whose contents have been little studied. The identity of the copyist, a central figure in the worlds of theatrical and historical and, now, literary writing in early sixteenth century Venice, is clarified and the works in the manuscript connected to the cultural worlds of Venice, Padua and Rome.

Buy Commerce, Peace, and the Arts in Renaissance Venice: Ruzante and the Empire at Center Stage by Linda L. Carroll from Australia's Online Independent Bookstore, BooksDirect.

Other Editions - Commerce, Peace, and the Arts in Renaissance Venice: Ruzante and the Empire at Center Stage by Linda L. Carroll 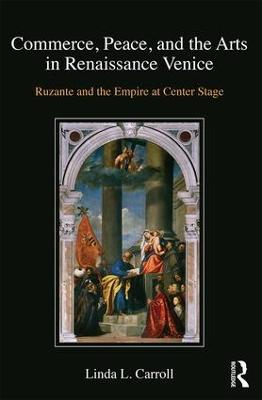 A Preview for this title is currently not available.
More Books By Linda L. Carroll
View All