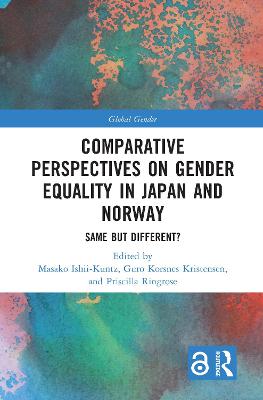 Comparative Perspectives on Gender Equality in Japan and Norway: Same but Different?

Description - Comparative Perspectives on Gender Equality in Japan and Norway: Same but Different? by Masako Ishii-Kuntz

This book compares perspectives on gender equality in Norway and Japan, focusing on family, education, media, and sexuality and reproduction as seen through a gendered lens. What can we learn from a comparison between two countries that stand in significant contrast to each other with respect to gender equality? Norway and Japan differ in terms of historical, cultural and socioeconomic backgrounds. Most importantly, Japan lags far behind Norway when it comes to the World Economic Forum's Gender Gap Report. Rather than taking a narrow approach that takes as its starting point the assumption that Norway has so much 'more' to offer in terms of gender equality, the authors attempt to show that a comparative perspective of two countries in the West and East can be mutually beneficial to both contexts in the advancement of gender equality. The interdisciplinary team of researchers contributing to this book cover a range of contemporary topics in gender equality, including fatherhood and masculinity, teaching and learning in gender studies education, cultural depictions of gender, trans experiences and feminism. This unique collection is suitable for researchers and students of gender studies, sociology, anthropology, Japan studies and European studies.