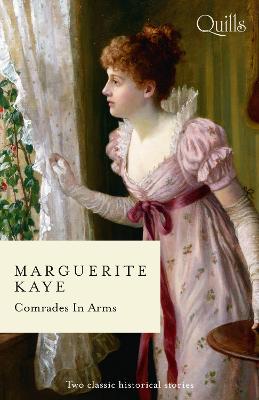 Officer Jack Trestain may have been one of Wellington's most valued code-breakers, but since Waterloo, he's hung up his uniform. If only he could just as easily put aside the tortured memories he carries deep within...perhaps enchanting French artist Celeste Marmion might be the distraction he so desperately craves?

Except Celeste harbours secrets of her own, and questions that she needs Jack's help to solve! With Celeste's every touch an exquisite temptation, how close can Jack get without revealing his darkest secret of all?

When Major Finlay Urquhart was last on the battlefield, he shared a sizzling moment with daring Isabella Romero. Two years later, Finlay has one final duty to perform for his country - one that reunites him with this rebellious senorita!

Except Isabella has her own mission - which means that no matter how much she craves Finlay's touch, she can never tell him the truth. But she's underestimated Finlay's determination to protect her, and soon she finds herself letting her guard down - one scorching kiss at a time!

A Preview for this title is currently not available.
More Books By Marguerite Kaye
View All