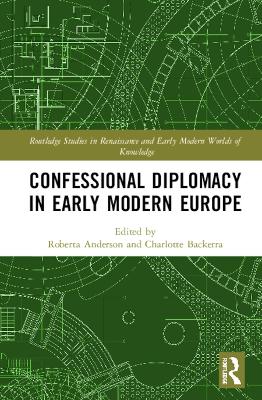 Confessional Diplomacy in Early Modern Europe examines the role of religion in early modern European diplomacy. In the period following the Reformations, Europe became divided: all over the continent, princes and their peoples split over theological, liturgical, and spiritual matters. At the same time, diplomacy rose as a means of communication and policy, and all powers established long- or short-term embassies and sent envoys to other courts and capitals. The book addresses three critical areas where questions of religion or confession played a role: papal diplomacy, priests and other clerics as diplomatic agents, and religion as a question for diplomatic debate, especially concerning embassy chapels.

A Preview for this title is currently not available.
More Books By Roberta Anderson
View All