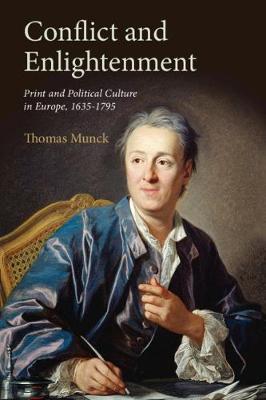 Conflict and Enlightenment: Print and Political Culture in Europe, 1635-1795

Description - Conflict and Enlightenment: Print and Political Culture in Europe, 1635-1795 by Thomas Munck

New approaches to the history of print have allowed historians of early modern Europe to re-evaluate major shifts in religious, intellectual, cultural and political life across Europe. Drawing on precise and detailed study of the contexts of different types of print, including books, pamphlets, newspapers and flysheets, combined with quantitative analysis and a study of texts as material objects, Thomas Munck offers a transformed picture of early modern political culture, and through analysis of new styles and genres of writing he offers a fresh perspective on the intended readership. Conflict and Enlightenment uses a resolutely comparative approach to re-examine what was being disseminated in print, and how. By mapping the transmission of texts across cultural and linguistic divides, Munck reveals how far new forms of political discourse varied depending on the particular perspectives of authors, readers and regulatory authorities, as well as the cultural adaptability of translators and sponsors.

Other Editions - Conflict and Enlightenment: Print and Political Culture in Europe, 1635-1795 by Thomas Munck 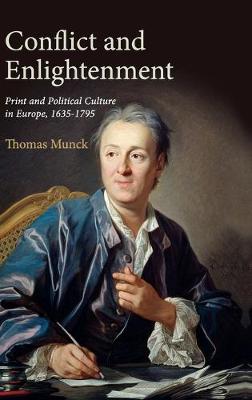 A Preview for this title is currently not available.
More Books By Thomas Munck
View All