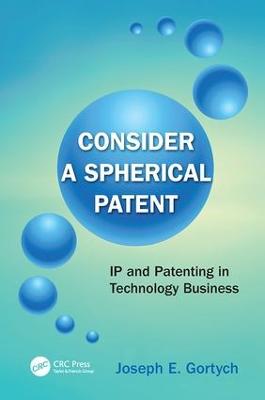 IP and Patenting in Technology Business

Get Critical Insight into the Modern Patenting Scene

We are now living in the "IP Era of the Information Age" where technology businesses are placing increasing emphasis on intellectual property (IP) as a way to add to their bottom lines. As a consequence, those working in a technology business or organization will inevitably be thrust into working with IP in one or more of its various forms. This increasing emphasis on IP matters requires technology workers to have at least a basic practical understanding of IP, particularly patents, so that they can effectively participate in their organizations IP and patenting efforts.

Consider a Spherical Patent: IP and Patenting in Technology Business provides an unconventional and unvarnished examination of patents and the reality of how they are used and abused in technology business. The book starts with an overview of patents and how the patenting universe has become so complex, and warns of the danger of making "spherical," simplifying assumptions about patents and patent-related matters. It then takes a look at the cast of characters in the modern patenting world and the roles they play at the "IP Bazaar." The book goes on to explain the increasing emphasis in today's modern IP world of leveraging patents in large collections of patents called "portfolios." The author describes how the fractal nature of innovation allows for the exponential growth of patents to densely pack an "IP space," including how this packing can exceed its normal limits and the adverse consequences. He also explores the evolution and importance of core to improvement to commercialization patents. A modern view of patents based on "quantum patent mechanics" explains some of the mysterious patent-related phenomena that are otherwise inexplicable using "classical patent mechanics."

Using examples of actual patents and patent portfolios of real technology businesses, the

Other Editions - Consider a Spherical Patent by Joseph E. Gortych 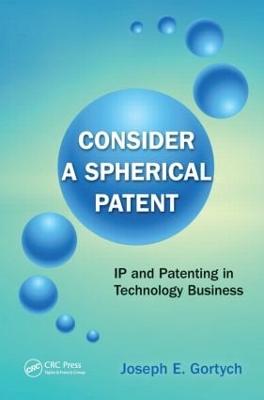 A Preview for this title is currently not available.
More Books By Joseph E. Gortych
View All