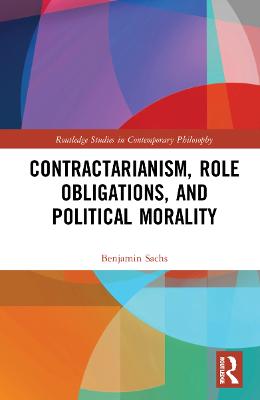 This book argues that contractarianism is well suited as a political morality and explores the implications of deploying it in this way. It promises to revive contractarianism as a viable political theory, breaking it free from its Rawlsian moorings while taking seriously the long-standing objections to it.

It's natural to think that the state owes things to its people: physical security, public health and sanitation services, and a functioning judiciary, for example. But is there a theory-a political morality-that can explain why this is so and who the state's people are? This new contractarianism deploys a reversed state of nature thought experiment as the starting point of political theorizing. From this starting point it develops a political morality: a theory of the common ground of the role moralities attached to the various roles within the state. Contractarianism, so understood, can provide a basis for already popular ideas in political theory-such as political and legal liberalism-and overturn conventional wisdom, for example that the state is obligated to secure justice and that animals should have no legal standing.

Contractarianism, Role Obligations, and Political Morality will be of interest to scholars and advanced students working in moral and political philosophy.

A Preview for this title is currently not available.
More Books By Benjamin Sachs
View All