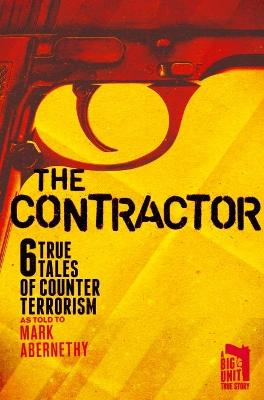 Description - The Contractor by Mark Abernethy

"...these are stories crying out to be turned into a gritty television drama - think a true story version of The Night Manager." Sydney Morning Herald

'I fix things. I can build you a house or remodel your bathroom. I can also make bad situations - and bad people - disappear.'

But Mike is hiding in plain sight. When the Pentagon call him in as 'Big Unit', he's another kind of contractor - one as handy with a Colt M4 as he is with a Skilsaw, a man as accustomed to danger, death, and pain as he is to a hammer and nails.

In six action-packed true stories we follow a man who left foreign intelligence for a life 'on the tools', only to discover there's too many dangerous scenarios and terrible people still out there. The good guys need a James Bond in Blundstones. They need The Contractor.

Follow Big Unit as he goes undercover to save a family trapped by an ISIS-run drug cartel in the seedy back streets of Northern Pakistan to terrorist-besieged Paris to a deadly game of cat-and-mouse with Australia's most wanted murderer.

SHORTLISTED FOR THE NED KELLY AWARD FOR BEST TRUE CRIME 2018

Other Editions - The Contractor by Mark Abernethy

A Preview for this title is currently not available.
More Books By Mark Abernethy
View All