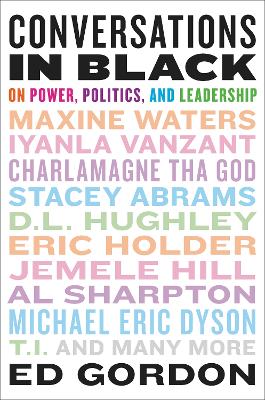 Conversations in Black: On Power, Politics, and Leadership

Description - Conversations in Black: On Power, Politics, and Leadership by Ed Gordon

In the last decade Black Americans have gone from exhilaration and hope with the election of Barack Obama to the malaise and fear of the Trump presidency. Both Administrations serve as tacit examples of the gains and regressions of minorities. From issues such as a burdensome relationship with the police to the old adage "last hired, first fired," people of colour continue to face a mountain of challenges that block the path to total equality. In CONVERSATIONS IN BLACK, Gordon - a skilled interviewer - explores and debates the tactics used to secure Black America's rightful place in the "home of the brave." Through expansive dialogues with our nation's most important black leaders, Gordon will discuss the critical questions facing African Americans today and explore where people of colour find themselves in today's charged political and social climates. From Colin Kaepernick's activism to the Black Lives Matter movement; from spearheading pop culture to swinging elections; from the pain of Trayvon Martin to the pride for Serena Williams; from civil rights leaders to Black conservatism, these conversations explore what Black power and Black excellence means today. Gordon brings together a stellar and diverse group of today's most prominent African-American leaders and influencers to talk about where African-Americans go from here. In the wake of America seeing a resurgence in overt racism and many believing the country's leader is stoking the flames of division, Gordon and others take on critical questions and explore answers surrounding where people of colour find themselves in today's charged political and social climate. CONVERSATIONS IN BLACK will serve as a blueprint for African-American leadership in a divisive and ever complicated America. In spite of slavery, Jim Crow, a prison to pipeline system and all the other injustices African-Americans have faced, there is a deep connection and loyalty to each other and the country and through strengthening the politics, finances and advocacy of people of colour, victory will be revealed again and again. In CONVERSATIONS IN BLACK, Gordon embarks on the rigorous journey with a mighty team of black intelligentsia to define and outline new narratives for individuals and leadership

Other Editions - Conversations in Black: On Power, Politics, and Leadership by Ed Gordon 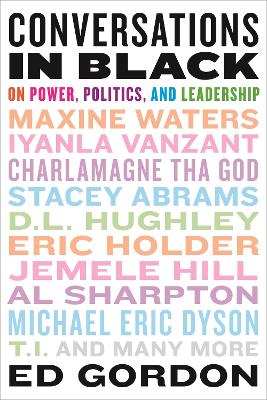 A Preview for this title is currently not available.
More Books By Ed Gordon
View All