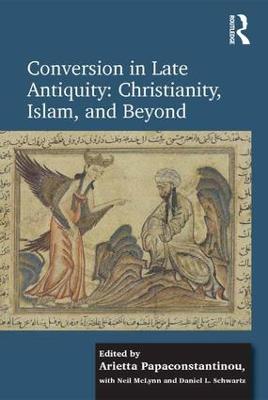 Conversion in Late Antiquity: Christianity, Islam, and Beyond

Description - Conversion in Late Antiquity: Christianity, Islam, and Beyond by Arietta Papaconstantinou

The papers in this volume were presented at a Mellon-Sawyer Seminar held at the University of Oxford in 2009-2010, which sought to investigate side by side the two important movements of conversion that frame late antiquity: to Christianity at its start, and to Islam at the other end. Challenging the opposition between the two stereotypes of Islamic conversion as an intrinsically violent process, and Christian conversion as a fundamentally spiritual one, the papers seek to isolate the behaviours and circumstances that made conversion both such a common and such a contested phenomenon. The spread of Buddhism in Asia in broadly the same period serves as an external comparator that was not caught in the net of the Abrahamic religions. The volume is organised around several themes, reflecting the concerns of the initial project with the articulation between norm and practice, the role of authorities and institutions, and the social and individual fluidity on the ground. Debates, discussions, and the expression of norms and principles about conversion conversion are not rare in societies experiencing religious change, and the first section of the book examines some of the main issues brought up by surviving sources. This is followed by three sections examining different aspects of how those principles were - or were not - put into practice: how conversion was handled by the state, how it was continuously redefined by individual ambivalence and cultural fluidity, and how it was enshrined through different forms of institutionalization. Finally, a topographical coda examines the effects of religious change on the iconic holy city of Jerusalem.

Other Editions - Conversion in Late Antiquity: Christianity, Islam, and Beyond by Arietta Papaconstantinou 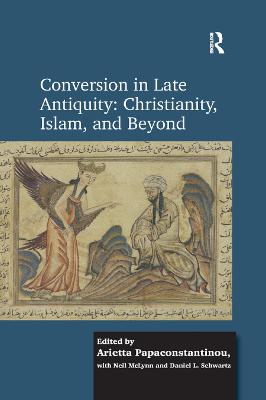 A Preview for this title is currently not available.
More Books By Arietta Papaconstantinou
View All

The Multilingual Experience in Egypt, from the Ptolemies to the Abbasids
Arietta Papaconstantinou
Hardback , Sep '10
RRP: $273.00 $270.27

Multilingual Experience in Egypt, from the Ptolemies to the Abbasids
Arietta Papaconstantinou
Paperback , Nov '16
RRP: $94.99 $85.49