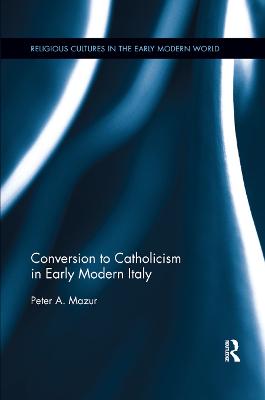 Description - Conversion to Catholicism in Early Modern Italy by Peter A. Mazur

In the sixteenth and seventeenth centuries, conversion took on a new importance within the Catholic world, as its leaders faced the challenge of expanding the church's reach to new peoples and continents while at the same time reinforcing its authority in the Old World. Based on new archival research, this book details the extraordinary stories of converts who embraced a new religious identity in a territory where papal authority and Catholic orthodoxy were arguably at their strongest: the Italian peninsula. Through an analysis of both the unique strategies employed by clerics to attract and educate converts, and the biographies of the men and women-soldiers, aristocrats, and charlatans-who negotiated new positions for themselves in Rome and the other cities of the peninsula, a new image of Italy during the Counter-reformation emerges: a place where repression and toleration alternated in unexpected ways, leaving room for negotiation and exchange with members of rival faiths.

Other Editions - Conversion to Catholicism in Early Modern Italy by Peter A. Mazur 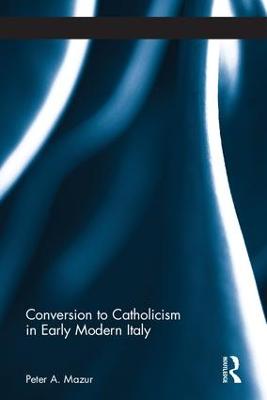 A Preview for this title is currently not available.
More Books By Peter A. Mazur
View All