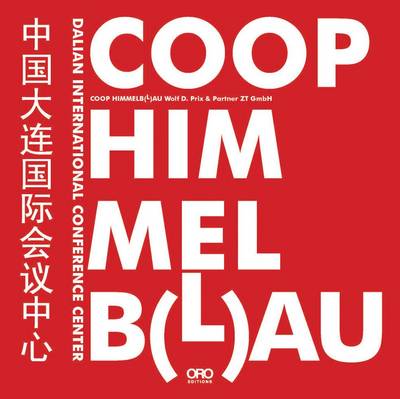 "COOP HIMMELB(L)AU : Dalian International Conference Center" represents an architectural monograph, covering the new Dalian International Conference Center from the first concept sketch to the final building. The edition offers a detailed insight of the work and design process of the internationally well-known architecture company COOP HIMMELB(L)AU exemplified on this special building. Besides high resolution images of the final building from in- and outside the book explores the design process from the very early beginning to the final appearing as a recognizable landmark for the city of Dalian. The iconic power of this special building is more than just a shell: like a city in a city it shelters a flexible conference hall for 2.500 people and a multifunctional opera with 1.700 seats at the core, surrounded by conference rooms and passage-like places for stopovers and leisure. The shown material ranges from concept sketches, model shots over construction documents to images of the final building. An essay, written by Joseph Giovannini, architect as well as architectural critic, introduces the reader to the history, attitude and design related processes of COOP HIMMELB(L)AU, as well as examining China's nowadays pivotal point in its history. AUTHOR: Wolf D. Prix, born in 1942 in Vienna, is co-founder, Design Principal and CEO of COOP HIMMELB(L)AU. He studied architecture at the Vienna University of Technology, the Architectural Association of London as well as at the Southern California Institute of Architecture (SCI-Arc) in Los Angeles. Wolf D. Prix is counted among the originators of the deconstructivist architecture movement. Over the years Wolf D. Prix/ COOP HIMMELB(L)AU was awarded with numerous international awards. Joseph Giovannini is a critic, architect and teacher based in New York. Trained at Harvard's Graduate School of Design, he has written for The New York Times, The Los Angeles Times, New York Magazine, Architect Magazine, Architectural Record, and he has taught at Columbia, Harvard, UCLA, USC and SCI-Arc. Colour photographs

A Preview for this title is currently not available.
More Books By Wolf D. Prix
View All