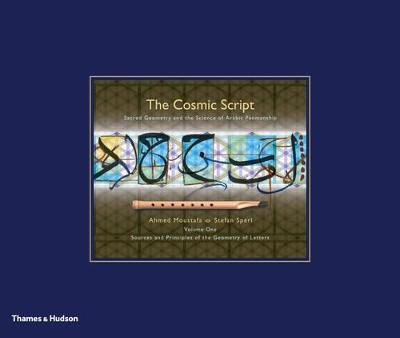 Sacred Geometry and the Science of Arabic Penmanship

This is the first comprehensive exploration of the 'Proportioned Script', an Arabic writing system attributed to the Abbasid wazir (minister) Ibn Muqla and the master scribe Ibn al-Bawwab that has dominated the art of Arabic and Islamic penmanship from the 10th century to the present day. A remarkable work of original scholarship that ranges across multiple disciplines - history, literature, philosophy, theology, sacred geometry and calligraphy, Drs Moustafa and Sperl have succeeded in unearthing the very foundations of Arabic penmanship, with implications for the arts of Islam as a whole.

Volume One, Sources and Principles of the Geometry of Letters, traces the origin of the Proportioned Script to the cross-cultural encounter between Greek learning and the scientific, artistic and philosophical pursuits of classical Islam. On the basis of instructions in surviving sources it identifies a grid module that serves as a common foundation for the design of all the Arabic letter shapes.

In Volume Two, From Geometric Pattern to Living Form, the authors construct each of the letter shapes on the grid module and compare their findings to samples traced by two classical master scribes. They conclude by examining the religious, aesthetic and cosmological significance of the Proportioned Script in the wider context of the Islamic cultural heritage. A Preview for this title is currently not available.
More Books By Ahmed Moustafa
View All