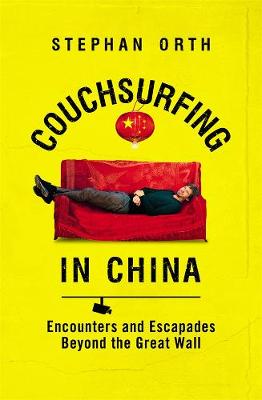 Couchsurfing in China: Encounters and Escapades beyond the Great Wall

Description - Couchsurfing in China: Encounters and Escapades beyond the Great Wall by Stephan Orth

An unconventional and humourous travelogue of China - a formidable world power with a fascinating history.

An award-winning writer reveals a changing China - one conversation and adventure at a time.

When Stephan Orth lands in China, he knows it's his last visit, having lied about his job as a journalist to get into the country. So, he makes the most of it, couchsurfing with locals instead of hitting the nearest hotel. Starting in Macau - a former Portuguese colony and now gambler's paradise - Orth takes on the world's biggest casino. Next, he visits Shenzhen, where more than 200 million sidewalk cameras monitor citizens who win and lose points on Sesame Credit, an app that sends data to Alibaba - and to the government.

As his adventure continues, Orth encounters a bewildering mix of new tech and old traditions. Over a steaming bowl of hot pot, he learns ancient chopstick etiquette from a policewoman who later demos the facial recognition app she could use to detain him. He eats dog meat as a guest of honour one day, and finds himself censored on live TV the next. He even seriously considers joining an outlawed sect. Self-deprecatingly funny, compassionate and observant, Couchsurfing in China is a formidable addition to a well-loved series, and offers a timely travelogue of an enigmatic country poised to become the world's next superpower.

Buy Couchsurfing in China: Encounters and Escapades beyond the Great Wall by Stephan Orth from Australia's Online Independent Bookstore, BooksDirect.

Other Editions - Couchsurfing in China: Encounters and Escapades beyond the Great Wall by Stephan Orth 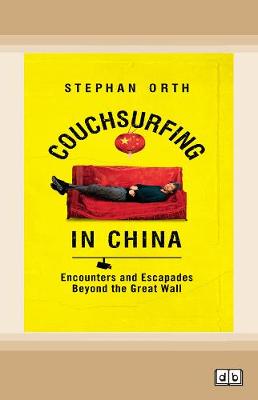 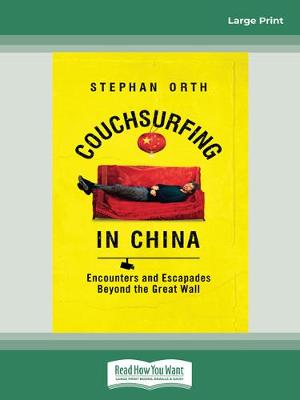 A Preview for this title is currently not available.
More Books By Stephan Orth
View All