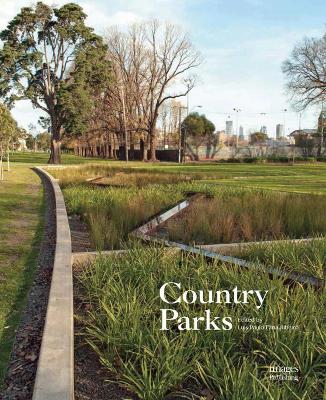 "Country Parks" includes detailed theory and case studies showcasing outstanding international country park design Traditional country parks, which originated in the United Kingdom, are very different to the country parks we know today. With the development of urbanisation and the improvement of living standards, city dwellers were no longer satisfied with small urban green spaces, and a new style of country park was born. Conveniently located in the outer city suburbs, with tranquil, natural environments, this new type of park met society's desire to return to nature, and theses spaces have since become hotspots for tourism and leisure. "Country Parks" includes detailed theory and case studies showcasing outstanding international country park design; analyses and promotes the current status and development of the country park and its role in urban development; and provides valuable guidance for professional designers working in the field today. AUTHOR: Luis Paulo Faria Ribeiro is a professor at the School of Agriculture/University of Lisbon and has twice served as the chairman of the Department of Landscape Architecture (1999-2001; 2004-2006). He is currently the director of the Master's Degree in Landscape Architecture at Instituto Superior de Agronomia (ISA)/Technical University of Lisbon (UTL) and is a member of the scientific board of the doctoral program in Landscape Architecture at LYNK/ISA/UTL. A landscape architect, he is a graduate of ISA/UTL (1993), and has a PhD in Regional Planning from the University of Massachusetts (1997) under the Luso-American Foundation grant. He is a founding partner and an Executive Director of Topiaris Landscape Architecture, a professional consulting firm comprised of landscape architects and planners with an office in Lisbon, Portugal. Under his direction Topiaris has received several national awards, and his work, and the work of Topiaris, has been published nationally and internationally. 360 col., 30 b/w

A Preview for this title is currently not available.
More Books By Faria Ribeiro
View All