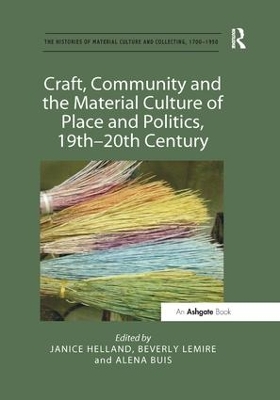 Craft, Community and the Material Culture of Place and Politics, 19th-20th Century

Description - Craft, Community and the Material Culture of Place and Politics, 19th-20th Century by Janice Helland

Craft practice has a rich history and remains vibrant, sustaining communities while negotiating cultures within local or international contexts. More than two centuries of industrialization have not extinguished handmade goods; rather, the broader force of industrialization has redefined and continues to define the context of creation, deployment and use of craft objects. With object study at the core, this book brings together a collection of essays that address the past and present of craft production, its use and meaning within a range of community settings from the Huron Wendat of colonial Quebec to the Girls' Friendly Society of twentieth-century England. The making of handcrafted objects has and continues to flourish despite the powerful juggernaut of global industrialization, whether inspired by a calculated refutation of industrial sameness, an essential means to sustain a cultural community under threat, or a rejection of the imposed definitions by a dominant culture. The broader effects of urbanizing, imperial and globalizing projects shape the multiple contexts of interaction and resistance that can define craft ventures through place and time. By attending to the political histories of craft objects and their makers, over the last few centuries, these essays reveal the creative persistence of various hand mediums and the material debates they represented.

Other Editions - Craft, Community and the Material Culture of Place and Politics, 19th-20th Century by Janice Helland 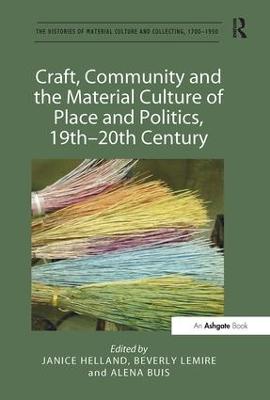 A Preview for this title is currently not available.
More Books By Janice Helland
View All