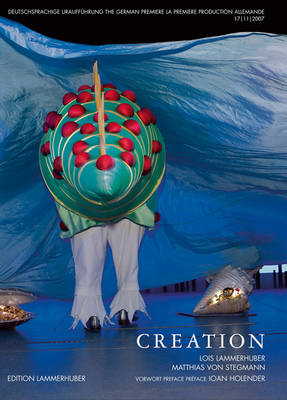 Ring of the Nibelung for Children

This book documents the production of Wagner's Ring Cycle for Children, from the very first sketches to the last curtain call at the premiere in the roof tent of the Vienna State Opera and illustrates the chronology of a theatre event full of magic. The texts were provided by Ioan Holender, director of the Vienna State Opera, and by Matthias von Stegmann who not only directed the German premiere and the first European performance, but also wrote the libretto and prepared a completely revised and translated German version of Wagner's Ring Cycle for Children. Photographer Lois Lammerhuber closely documented each individual stage of the production, offering viewers a look behind, above and under the stage. What does it take to make a first-rate operatic event come true - from initial talks of the director with the singers, to conceiving the stage set and designing the costumes, to rehearsing the singers, the dress rehearsal and the first night itself. Text in English, German & French. AUTHOR: Matthias Von Stegmann's work as an assistant director, producer, and later co-director at the Bayreuth Festival took him to the Royal Opera House in London and to the New National Theatre in Tokyo, where he first conceived and staged the Ring of the Nibelung for Children in 2005. For the Vienna State Opera, Stegmann has completely revised his Ring for Children and translated it into German. He recently appeared as Bassa Selim in The Abduction from the Seraglio at the Metropolitan Opera in New York. In addition, Stegmann has worked as author and director on dubbing numerous film and TV productions into German. Since 2006, Matthias von Stegmann has also been writing the dialogue and directing the German versions of the film and television series The Simpsons. Lois Lammerhuber is a photographer and publisher. His photos have been published in hundreds of books and magazines and received international prizes. Three times he was awarded the Graphis Photo Award for the best reportage of the year. In 1996, he founded the Edition Lammerhuber publishing company. Many of his books have found international acclaim. Ioan Holender was born in Timisoara, Romania, in 1935. For political reasons, he was forced to emigrate to Austria in 1959. After a brief career as a singer, he founded a very successful opera agency. After the unexpected death of Eberhard Waechter, Holender was appointed director of the Vienna State Opera in 1992 and remained in office for 19 years. SELLING POINTS: This book shows in stunning and intimate pictures how opera really works! The first book to become a finalist at the Cannes Lions International Advertising Festival in the category Media Lions - Best use of sponsorship Honourable mention at the German Photobook Award, Germany's most renowned book award for photography A book that all opera buffs will love! ILLUSTRATIONS: 159 colour