Critical Humanism: A Manifesto for the 21st Century

Description - Critical Humanism: A Manifesto for the 21st Century by Ken Plummer

We live in a mutilated world and our humanity seems irrevocably damaged. Many critics suggest we have reached the end of humanity. In this challenging book, Ken Plummer suggests that such claims may be premature; instead, what we need is a new transformative understanding of humanity.

Critical Humanism critically reflects upon and reimagines humanism for the twenty-first century. What is now required is a fresh, wide-ranging imaginary of an open, worldly, plural and caring humanity. It needs to take a critical stance towards older, often divisive ideas of what it means to be human, while reconnecting to a wider understanding of the rich diversity of life in the pluriverse.

In an age of post- and transhumanist turns, Plummer provides a personal, political and passionate call for thinkers, researchers and activists to not turn their backs on humanism. We need instead to create a vital new political imaginary of being human in a connected planet. We simply cannot afford to be anti-human or posthuman. Restoring our belief in humanity has never been more important for edging towards a better world for all.

Other Editions - Critical Humanism: A Manifesto for the 21st Century by Ken Plummer 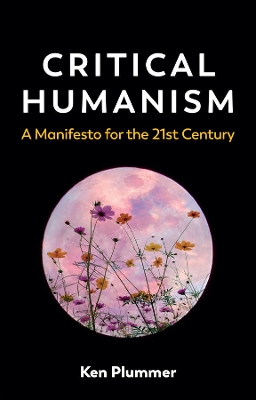 A Preview for this title is currently not available.
More Books By Ken Plummer
View All