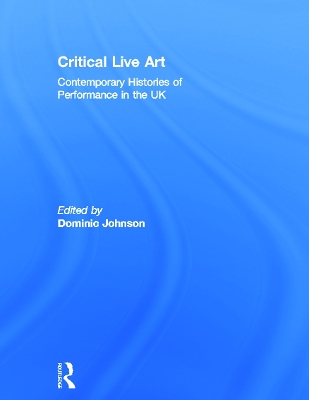 Contemporary Histories of Performance in the UK

Live Art is a contested category, not least because of the historical, disciplinary and institutional ambiguities that the term often tends to conceal. Live Art can be usefully defined as a peculiarly British variation on particular legacies of cultural experimentation - a historically and culturally contingent translation of categories including body art, performance art, time-based art, and endurance art. The recent social and cultural history of the UK has involved specific factors that have crucially influenced the development of Live Art since the late 1970s. These have included issues in national cultural politics relating to sexuality, gender, disability, technology, and cultural policy.

In the past decade there has been a proliferation of festivals of Live Art in the UK and growing support for Live Art in major venues. Nevertheless, while specific artists have been afforded critical essays and monographs, there is a relative absence of scholarly work on Live Art as a historically and culturally specific mode of artistic production. Through essays by leading scholars and critical interviews with influential artists in the sector, Critical Live Art addresses the historical and cultural specificity of contemporary experimental performance, and explores the diversity of practices that are carried out, programmed, read or taught as Live Art.

This book is based on a special issue of Contemporary Theatre Review. 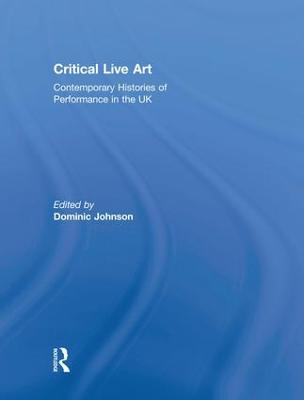 A Preview for this title is currently not available.
More Books By Dominic Johnson
View All