In the 1970s, Manhattan's west side waterfront was a forgotten zone of abandoned warehouses and piers. Though many saw only blight, the derelict neighborhood was alive with queer people forging new intimacies through cruising. Alongside the piers' sexual and social worlds, artists produced work attesting to the radical transformations taking place in New York. Artist and writer David Wojnarowicz was right in the heart of it, documenting his experiences in journal entries, poems, photographs, films, and large-scale, site-specific projects. In Cruising the Dead River, Fiona Anderson draws on Wojnarowicz's work to explore the key role the abandoned landscape played in this explosion of queer culture. Anderson examines how the riverfront's ruined buildings assumed a powerful erotic role and gave the area a distinct identity. By telling the story of the piers as gentrification swept New York and before the AIDS crisis, Anderson unearths the buried histories of violence, regeneration, and LGBTQ activism that developed in and around the cruising scene. 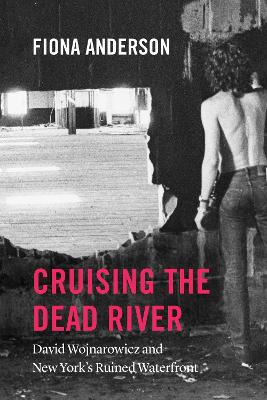 A Preview for this title is currently not available.
More Books By Fiona Anderson
View All