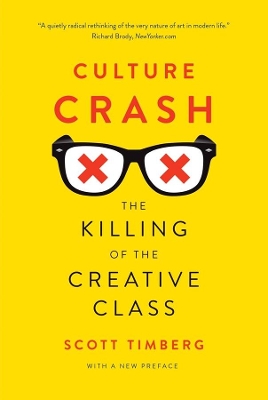 The Killing of the Creative Class

When artists and artisans can't make a living, the health of America's culture is at risk

Change is no stranger to us in the twenty-first century. We must constantly adjust to an evolving world, to transformation and innovation. But for many thousands of creative artists, a torrent of recent changes has made it all but impossible to earn a living. A persistent economic recession, social shifts, and technological change have combined to put our artists-from graphic designers to indie-rock musicians, from architects to booksellers-out of work. This important book looks deeply and broadly into the roots of the crisis of the creative class in America and tells us why it matters.

Scott Timberg considers the human cost as well as the unintended consequences of shuttered record stores, decimated newspapers, music piracy, and a general attitude of indifference. He identifies social tensions and contradictions-most concerning the artist's place in society-that have plunged the creative class into a fight for survival. Timberg shows how America's now-collapsing middlebrow culture-a culture once derided by intellectuals like Dwight Macdonald-appears, from today's vantage point, to have been at least a Silver Age. Timberg's reporting is essential reading for anyone who works in the world of culture, knows someone who does, or cares about the work creative artists produce. 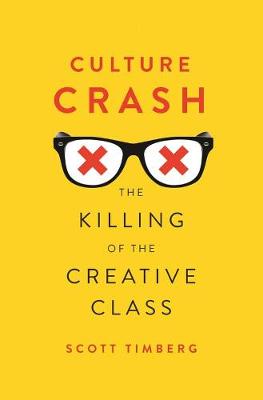 A Preview for this title is currently not available.
More Books By Scott Timberg
View All