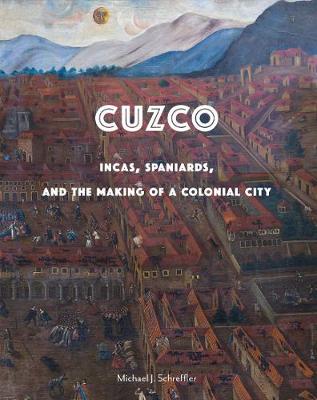 Cuzco: Incas, Spaniards, and the Making of a Colonial City

Description - Cuzco: Incas, Spaniards, and the Making of a Colonial City by Michael J Schreffler

A story of change in the Inca capital told through its artefacts, architecture, and historical documents

Through objects, buildings, and colonial texts, this book tells the story of how Cuzco, the capital of the Inca Empire, was transformed into a Spanish colonial city. When Spaniards invaded and conquered Peru in the 16th century, they installed in Cuzco not only a government of their own but also a distinctly European architectural style. Layered atop the characteristic stone walls, plazas, and trapezoidal portals of the former Inca town were columns, arcades, and even a cathedral.

This fascinating book charts the history of Cuzco through its architecture, revealing traces of colonial encounters still visible in the modern city. A remarkable collection of primary sources reconstructs this narrative: writings by secretaries to colonial administrators, histories conveyed to Spanish translators by native Andeans, and legal documents and reports. Cuzco's infrastructure reveals how the city, wracked by devastating siege and insurrection, was reborn as an ethnically and stylistically diverse community.