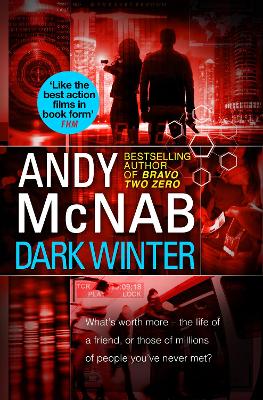 The incendiary Nick Stone thriller from the bestselling author of Last Light and Liberation Day.

Agent Nick Stone expects his latest mission to be a straightforward part of the fight against Osama Bin Laden's network of terror. Despatched to Malaysia, all he needs to do is assassinate a suspicious biochemist. But there are complications. Not least the attractive woman he is working alongside.

Target neutralised, Stone returns to the USA to find turmoil in his personal life. He is guardian to a teenage girl who is haunted by her traumatic past and attempting to numb it with a heavy drug dependency. Stone knows he is the only one who can help her but her scars run deeper than he thinks.

Before long, the conspiracy he has uncovered unravels to reveal a doomsday threat against the populations of New York, London and Berlin. And Stone faces the ultimate trade-off- the life of someone he loves, against those of millions he doesn't even know...