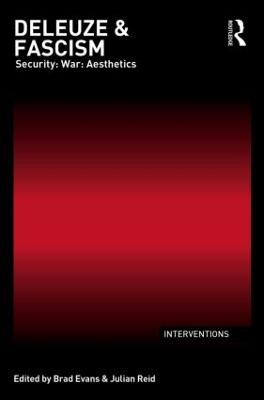 This edited volume deploys Deleuzian thinking to re-theorize fascism as a mutable problem in changing orders of power relations dependent on hitherto misunderstood social and political conditions of formation. It shifts the theory of fascism in International Relations from its prevailing macro-historical moorings to focus on what Deleuze called micro-fascism. It demonstrates the insufficiencies of both traditional and existing critical accounts of relations between fascism and modernity, contextualizing its own Deleuzian account in contrast with the development of historical, liberal, critical and post-structuralist theories of fascism developed to date. The book provides a theoretically distinct approach to the problem of fascism and its relations with liberalism and modernity in both historical and contemporary contexts. It serves as a seminal intervention into the debate over the causes and consequences of contemporary wars and global political conflicts as well as functioning as an accessible guide to the theoretical utilities of Deleuzian thought for IR in a manner that is very much lacking in current debates about International Relations.
Recognising that Deleuze & Guttari's account of fascism aligns it with many of the concerns which continue to trouble International Relations theorists today -- not least the global nature of war and the incessant desire for broader securitisation, so engaging with this aspect of their work is more pressing than ever. In light of this, this volume will draw upon their analysis to provide new critical commentaries into the phenomenon of fascism in the 21st Century. Covering a wide array of topics, all within the general remit of International Relations, this volume will provide a set of original contributions focussed in particular upon the contemporary nature of war; the increased priorities afforded to the security imperative; the changing designs of bio-political regimes, fascist aesthetics; nihilistic tendencies & the modernist logic of finitude; the politics of suicide; the specific desires upon which fascism draws and of course the recurring pursuit of power. 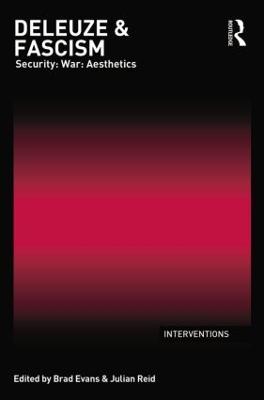 A Preview for this title is currently not available.
More Books By Brad Evans
View All