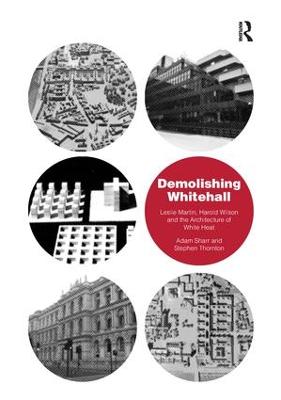 This book is about a lost world, albeit one less than 50 years old. It is the story of a grand plan to demolish most of Whitehall, London's historic government district, and replace it with a ziggurat-section megastructure built in concrete. In 1965 the architect Leslie Martin submitted a proposal to Charles Pannell, Minister of Public Building and Works in Harold Wilson's Labour government, for the wholesale reconstruction of London's 'Government Centre'. Still reeling from war damage, its eighteenth- and nineteenth-century palaces stood as the patched-up headquarters of an imperial bureaucracy which had once dominated the globe. Martin's plan - by no means modest in conception, scope or scale - proposed their replacement with a complex that would span the roads into Parliament Square, reframing the Houses of Parliament and Westminster Abbey. The project was not executed in the manner envisaged by Martin and his associates, although a surprising number of its proposals were implemented. But the un-built architecture is examined here for its insights into a distinctive moment in British history, when a purposeful technological future seemed not just possible but imminent, apparently sweeping away an anachronistic Edwardian establishment to be replaced with a new meritocracy forged in the 'white heat of technology'. The Whitehall plan had implications well beyond its specific site. It was imagined by its architects as a scientific investigation into ideal building forms for the future, an important development in their project to unify science and art. For the political actors, it represented a tussle between government departments, between those who believed that Britain needed to discard much of its Victorian and Edwardian decoration in the name of 'professionalization' and those who sought to preserve its ornate finery. Demolishing Whitehall investigates these tensions between ideas of technology and history, science and art, socialism and el 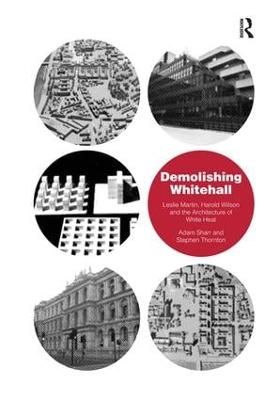 A Preview for this title is currently not available.
More Books By Adam Sharr
View All