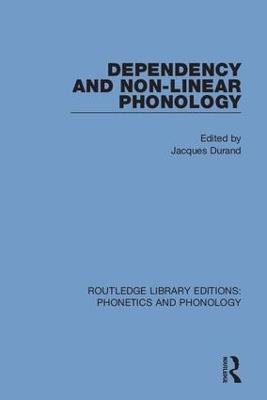 First published in 1986. The purpose of this collection of articles is to explore in depth the notational model dependency phonology, and also to offer rival, non-dependency-based accounts of aspects of suprasegmental and intrasegmental structure. Dependency and Non-Linear Phonology offers an introduction to dependency phonology that does not presuppose any knowledge of this framework and points out some of the major differences between dependency phonology and competing systems of representations. The book will also act as a guide to current debates in the field of 'non-linear' phonology.

Other Editions - Dependency and Non-Linear Phonology by Jacques Durand A Preview for this title is currently not available.
More Books By Jacques Durand
View All