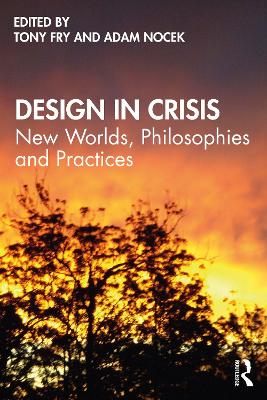 This book is an essential contribution to the transdisciplinary field of critical design studies.

The essays in this collection locate design at the center of a series of interrelated planetary crises, from climate change, nuclear war, and racial and geopolitical violence to education, computational culture, and the loss of the commons. In doing so, the essays propose a range of needed interventions in order to transform design itself and its role within the shifting realities of a planetary crisis. It challenges the widely popular view that design can contribute to solving world problems by exposing how this attitude only intensifies the problems we currently face. In this way, the essays critique the dominant modes of framing the meaning and scope of design as a largely Anglo-European 'problem-solving' practice. By drawing on post-development theory, decolonial theory, black studies, continental philosophy, science and technology studies, and more, the contributions envision a critical and speculative practice that problematises both its engagement with planet and itself.

The essays in this collection will appeal to design theorists and practitioners alike, but also to scholars and students generally concerned with how the past and future of design is implicated in the unfolding complexity of ecological devastation, racial and political violence, coloniality, technological futures, and the brutality of modern Western culture generally.

Other Editions - Design in Crisis: New Worlds, Philosophies and Practices by Tony Fry 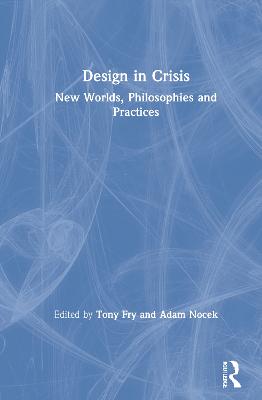 A Preview for this title is currently not available.
More Books By Tony Fry
View All