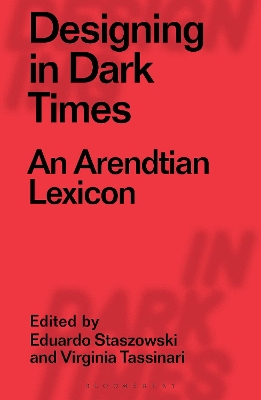 The architectural historian and critic Kenneth Frampton 'never recovered' from the force of Hannah Arendt's teaching at The New School in New York. The philosopher Richard J. Bernstein considers her the most perceptive political theorist and observer of 'dark times' (a concept which, drawing from Brecht, she made her own).

Building on the revival of interest in Hannah Arendt, and on the increasing turn in design towards the expanded field of the social, this unique book uses insights and quotations drawn from Arendt's major writings (The Human Condition; The Origins of Totalitarianism, Men in Dark Times) to assemble a new kind of lexicon for politics, designing and acting today.

Taking 56 terms - from Action, Beginnings and Creativity through Mortality, Natality, and Play to Superfluity, Technology and Violence - and inviting designers and scholars of design world-wide to contribute, Designing in Dark Times: An Arendtian Lexicon, offers up an extraordinary range of short essays that use moments and quotations from Arendt's thought as the starting points for reflection on how these terms can be conceived for contemporary design and political praxis.

Neither simply dictionary nor glossary, the lexicon brings together designing and political philosophy to begin to create a new language for acting and designing against dark times.

Other Editions - Designing in Dark Times: An Arendtian Lexicon by Virginia Tassinari 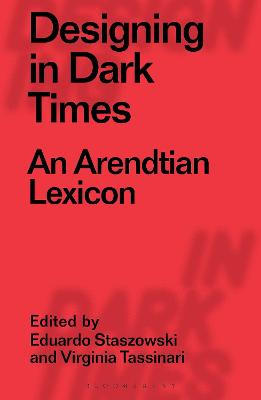 A Preview for this title is currently not available.
More Books By Virginia Tassinari
View All