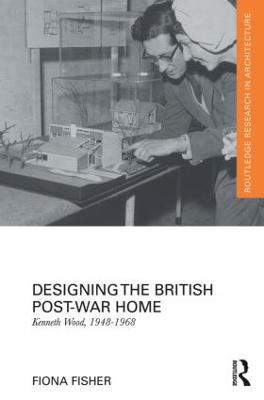 In Designing the British Post-War Home Fiona Fisher explores the development of modern domestic architecture in Britain through a detailed study of the work of the successful Surrey-based architectural practice of Kenneth Wood. Wood's firm is representative of a geographically distinct category of post-war architectural and design practice - that of the small private practice that flourished in Britain's expanding suburbs after the removal of wartime building restrictions. Such firms, which played an important role in the development of British domestic design, are currently under-represented within architectural histories of the period.

The private house represents an important site in which new spatial, material and aesthetic parameters for modern living were defined after the Second World War. Within a British context, the architect-designed private house remained an important 'vehicle for the investigation of architectural ideas' by second generation modernist architects and designers.

Through a series of case study houses, designed by Wood's firm, the book reconsiders the progress of modern domestic architecture in Britain and demonstrates the ways in which architectural discourse and practice intersected with the experience, performance and representation of domestic modernity in post-war Britain.

Other Editions - Designing the British Post-War Home by Fiona Fisher 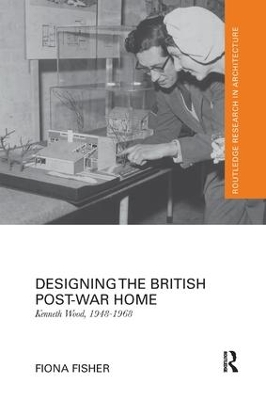 A Preview for this title is currently not available.
More Books By Fiona Fisher
View All