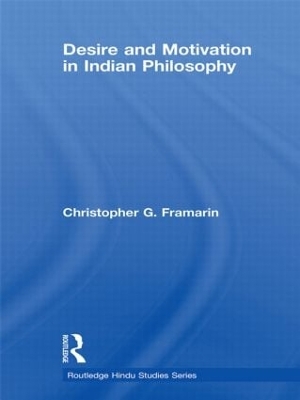 Desire and Motivation in Indian Philosophy

This book is the first in-depth analysis of the doctrine of desireless action in Indian philosophy. It serves as a reference to both contemporary and classical literature on the topic, and will be of interest to scholars of Indian philosophy, religion, the Bhagavadgita and Hinduism.

Other Editions - Desire and Motivation in Indian Philosophy by Christopher G. Framarin A Preview for this title is currently not available.
More Books By Christopher G. Framarin
View All