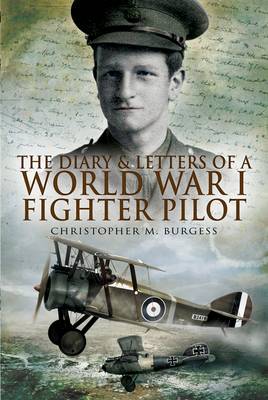 The Diary and Letters of a World War I

Description - The Diary and Letters of a World War I by Christopher M. Burgess

This is a first hand account of the author's grandfather, Guy Mainwaring Knocker and his experiences as a pilot in the RFC in the First World War, written as a series of letters and diary entries. He wrote letters virtually every day to his family, while he trained in England and was in service in France, and often illustrated them with little sketches. Guy was gifted artist, particularly pencil and pen and ink, and also an excellent photographer. He flew with No 65 (Fighter) Squadron that was formed in June, 1916 as a fighter squadron, and flew to France in March 1917 in time to play a prominent part in the air operations during the Battles of Arras. In June 1917, the squadron moved to Calais for special patrol work in the Dover Straits area, to intercept enemy aircraft raiding England. 60 b/w photos

Buy The Diary and Letters of a World War I by Christopher M. Burgess from Australia's Online Independent Bookstore, BooksDirect.