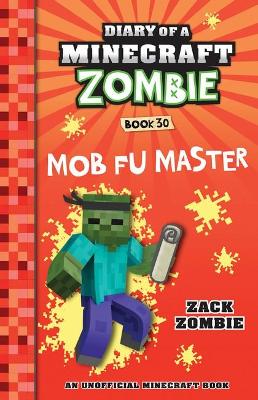 Have you ever wondered what life is like for a Minecraft Zombie?
Zombie has stumbled across an Enchanted Scroll and it's turned him into a Mob Fu Master! He's so excited about his awesome new martial arts skills that he can't stop bragging about it!
But when an evil Wither hears about the Enchanted Scroll, he steals it for himself and starts destroying Mob Village with his newfound Mob Fu skills. Without the Scroll, Zombie is left powerless. Can he learn Mob Fu through plain old hard work in time to kick some Wither tail?

A Preview for this title is currently not available.
More Books By Zack Zombie
View All