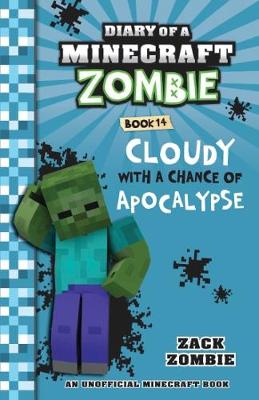 Diary of a Minecraft Zombie: Cloudy with a Chance of Apocalypse #14

Description - Diary of a Minecraft Zombie: Cloudy with a Chance of Apocalypse #14 by Zack Zombie

Have you ever wondered what life is like for a Minecraft Zombie?Being a teenage Zombie is no easy feat, especially when you're going through some major changes. No-one told Zombie that mutating is a normal part of growing up. Now Zombie is doing everything crazy thing he can think of to get back to normal. But that isn't the only major change in Zombie's life-all of a sudden, a giant volcano has appeared and is threatening to blow Zombie's town out of the Overworked! Will Zombie be able to stop his mutation? Can he save his town from being destroyed? Will everything ever go back to normal?!

Buy Diary of a Minecraft Zombie: Cloudy with a Chance of Apocalypse #14 by Zack Zombie from Australia's Online Independent Bookstore, BooksDirect.