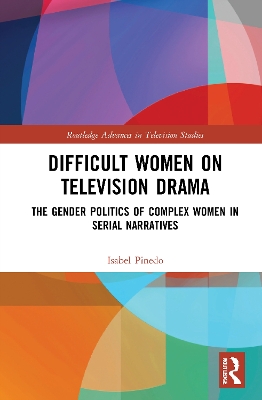 Difficult Women on Television Drama analyses select case studies from international TV dramas to examine the unresolved feminist issues they raise or address: equal labor force participation, the demand for sexual pleasure and freedom, opposition to sexual and domestic violence, and the need for intersectional approaches.

Drawing on examples from The Killing, Orange is the New Black, Big Little Lies, Wentworth, Outlander, Westworld, Being Mary Jane, Queen Sugar, Vida, and other television dramas with a focus on complex female characters, this book illustrates how female creative control in key production roles (direct authorship) together with industrial imperatives and a conducive cultural context (indirect authorship) are necessary to produce feminist texts. Placed within the larger context of a rise in feminist activism and political participation by women; the growing embrace of a feminist identity; and the ascendance of post-feminism, this book reconsiders the unfinished nature of feminist struggle(s) and suggests the need for a broader sweep of economic change.

This book is a must-read for scholars of media and communication studies; television and film studies; cultural studies; American studies; sociology of gender and sexualities; women and gender studies; and international film, media and cinema studies.